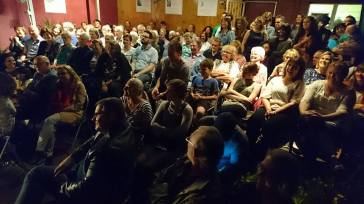 Thank you to everyone who came along to the launch of The Birdman’s Wife at Avid Reader. It was a wonderful evening with much love in the room. I had the time of my life!

I’ve posted the beautiful speech Inga Simpson wrote to launch The Birdman’s Wife into the world.

Melissa’s beautiful book, The Birdman’s Wife, has already had a quite a bit of attention around the place but as we all know, a book isn’t really launched until it’s launched at Avid Reader, among friends and family and your fellow Queensland writers. So thank you to Avid for having us and to all of you for coming along.

A lot of you here already know Melissa but for those who don’t, she has began her writing life as a poet, publishing a collection called The Hospital For Dolls, which was very well received. She has also published stories, essays and articles. But luckily for us, she has made the move to novelist, realising that we have more fun, lead happier lives, and earn more money. She recently completed her PhD in creative writing and teaches at UQ. The Birdman’s Wife was part of that PhD. It is her first novel. And what a beautiful novel it is.

I was was really chuffed when Melissa asked me to launch this book. Not just because I’m fond of birds but because I know this story. And I know what a journey it has been for Melissa: the research, the writing, and the book’s path to publication. I met Melissa at UQ. We were both doing PhDs, there was some common ground in our research, around natural history and environmentalism, and we had a supervisor in common, who thought we should talk. I’m really glad we did. As some of you know, doing a PhD is a major journey in itself, and part of the process – because it takes such a long time – seems to be the universe throwing you some major life events during your candidature just to see how much you can take. The upside is the conversation, camaraderie, support – the friendship of your fellow students. And I really admire Melissa’s strength in getting through her PhD journey, and am so pleased with this happy ending, that makes it all worthwhile, that this story, The Birdman’s Wife, has found its way out into the world.
So the story. A Birdman’s Wife is a fictional biography of Elizabeth Gould, the wife of the famous 19th Century ornithologist, John Gould. He was and still is known worldwide as ‘The Birdman’ and ‘The Father of Australian Ornithology,’ renowned for creating the most detailed and beautiful hand-coloured lithographs of birds the world had seen. But few people know that his wife, Elizabeth, was the principal artist. It was Elizabeth who created more than 600 of the hand-coloured plates published in Gould’s luxury bird folios. 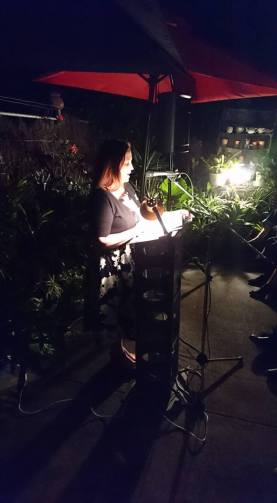 Like many of the birds Elizabeth drew, the more colourful male got all the glory and attention. The Birdman’s Wife pulls her out of the workroom and onto the world’s page. She was a remarkable artist, and a remarkable woman, ahead of her time. Elizabeth defied the conventions of the day, leaving behind her three youngest children to join John on a two year expedition to Australia to collect, study and illustrate our unique bird species.

In many ways this is a familiar story, a woman in the shadow of her husband, juggling her art with her roles as mother, wife, business partner. It still resonates today. Finding the time and focus to write is still a struggle for many women, negotiated around other careers, and our roles as mothers, wives and partners. It’s still harder for us to believe in our work, in ourselves, and to put to ourselves in the spotlight. 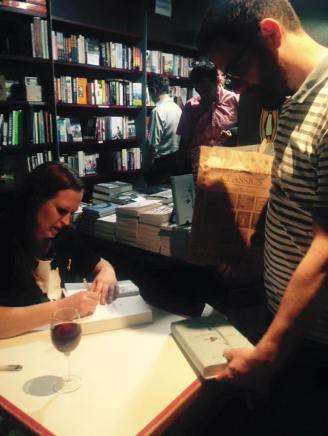 Elizabeth Gould lived during a time when the world was obsessed with discovering and classifying the natural wonders of the new world. She was right at the centre of it, working with Edward Lear, John Gilbert, and Charles Darwin, who was so impressed by her art works that he invited her to illustrate his Galapagos finches.

I’m big on verbs, doing words, as effective description, and I couldn’t help but admire the way that so many of the verbs in this book relate to birds: winging, fluttering, flitting, flying, nesting, plucking. And in a book about a bird illustrator, that’s exactly as it should be.

Melissa’s research for this book has been meticulous and extraordinary – paralleling the work Elizabeth put into her illustrations. The historical and natural history contexts and details, particularly in relation to birds, taxidermy, and her drawing and printing processes. Melissa actually learned taxidermy herself, which I’m hoping she’ll tell us a bit about.There are plenty of gloriously gruesome details in relation to taxidermy in the book: removing slivers of flesh, stuffing stomachs, and stitching up the holes left by shotgun pellets. 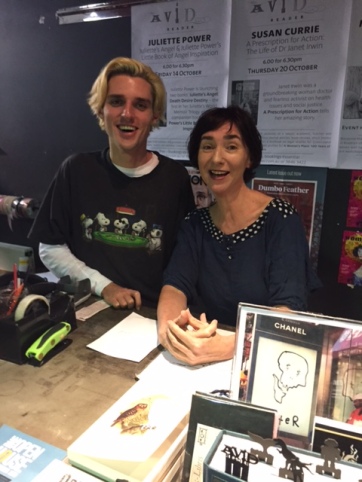 Fiona and James of Avid Reader holding down the fort

Melissa is a bit of twitcher, a birdwatcher that is, and her live bird descriptions are the highlight of this book for me. Just beautiful and again, a fitting match for Elizabeth’s drawings. From green parrots tottering across the grass warbling to each other as they dig for seed, to the superb fairy wren with his feet curled on a branch “like a miniature coat-hanger’s hook.” Melissa describes the male fairy wrens making high-pitched trills, while the females make “quieter weaving whispers” in response. And that’s so true of fairy wrens – but I wonder if it isn’t perhaps also a metaphor, too, for women artists.

There’s another parallel, I think, in the timing of this book. A tapping into the Zeitgeist. Like in Elizabeth Gould’s day, the world is currently very interested in natural history. Not so much discovering new species, but trying to stop them slipping into extinction. Trying to reconnect with nature.

So, although set during the 1800s, The Birdman’s Wife speaks to us today. Melissa has brought to life a voice from the past, Elizabeth Gould’s voice. This book has, at its heart, a sense of wonder at the natural world and for the creative process – of passion and creativity that needs to be expressed – just as fiercely by women as men.

And on that note, I’d like to call Melissa into the spotlight, and declare The Birdman’s Wife officially launched!